Managing the Overshare: A Duchess's Playbook for Digital Privacy 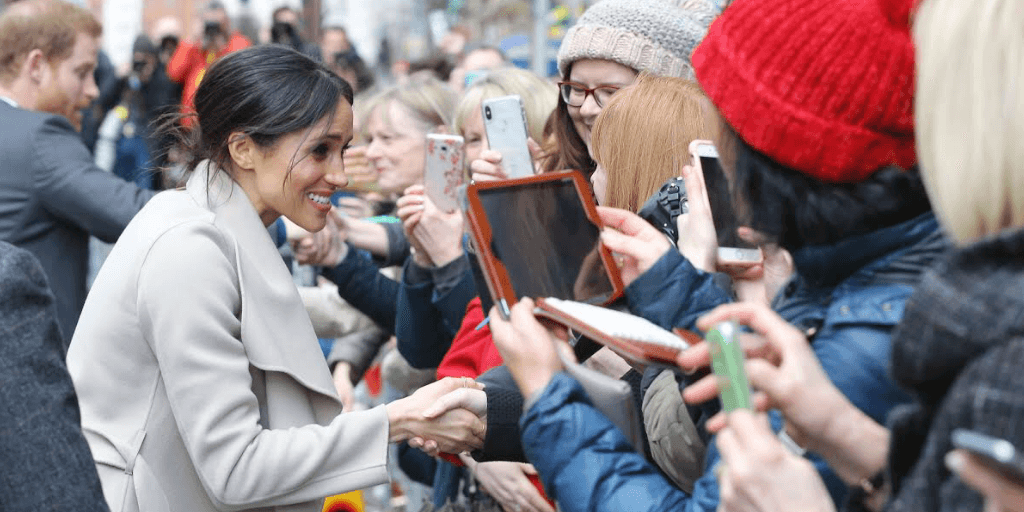 As social media platforms evolve, it’s getting easier to share your life with the people you care most about.

But for every genuine, two-way connection, there are the (sometimes) well-meaning folks who don’t respect boundaries. Some even take their social updates a little too far.

We’ve all got a few of them in our friend networks. They’re the people who:

Managing other people’s drama is challenging enough when you’re single or recently married. Add a pregnancy or a new baby to the mix, and the stress around oversharing can snowball.

Even being rich and famous doesn’t necessarily protect people from their oversharing friends and relations.

What can we learn from Megan Markle?

This week, Meghan Markle, now the Duchess of Sussex, returned to New York City for her baby shower. It’s the first time the former star of Suits has been back to the U.S. since marrying Prince Harry of Wales last spring. Their wedding ceremony was watched by 18 million people worldwide.

But their storybook day was nearly upstaged by the willingness of some relatives within Markle's father’s family to overshare about her life.

Thankfully, few of us will face the same kind of media and social pressure as the new duchess. But we can take some helpful ideas from how Markle's managed her oversharing relatives.

1. Figure out who’s got your back

The Duchess turned to many long-time friends to organize her shower. They include tennis champion Serena Williams, international and human rights lawyer Amal Clooney, and stylist insider Jessica Mulroney. And Mulroney, who met Markle when she was filming Suits in Toronto, also acted as her defacto maid of honour when she got married.

Like the Duchess of Sussex, we all need to determine which friends are capable of reciprocal trust. If there's someone in your circle spreading rumours or not standing by you, it might be time to introduce better filters on what you share.

2. Keep the circle small when it matters most

Harper’s Bazaar reports that a small group of only 15 people attended the Duchess’ baby shower in the New York. This choice minimizes the risk of leaks to the press. Your life may not generate photos worth thousands of dollars to tabloid editors, but everyone goes through times where privacy and discretion make life more manageable.

You don’t have to rent the pricy penthouse floor at The Mark, as Serena Williams reportedly did (though kudos if you do, it’s beautiful). There are other ways to manage who sees what if you don’t want to show personal photos to everyone.

Facebook allows you to create friend groups that tier access to your content, Instagram offers private accounts and LifeTales always lets you decide whether your connections see a single story or a whole collection.

4. Put boundary breakers at a distance

It’s not easy to be estranged from a parent. If your older relatives show a continued lack of respect for your space, as Markle’s father has done, you may need to put some personal distance between yourself and your boundary breaker. So, consider limiting the amount of photos, news and personal details you share with them until trust can be re-established.

Like the late Princess Diana before her, Meghan, Duchess of Sussex, is certain to live part of her life as a mother and wife in the spotlight.

But as Elaine Lui has observed in her ongoing coverage of the union, the Duchess is the first member of the royal family to bring prior experience with celebrity to her new role in public life. We’re most curious to watch how she’ll use digital tools to manage her new family's privacy as she becomes a parent.

Got a suggestion for a blog topic? Get in touch at hello@teamlifetales.com. We’d love to hear from you!

Photo courtesy of the Northern Ireland Office via Flickr.