5 Tips to Introduce Your Kids to Concert Music 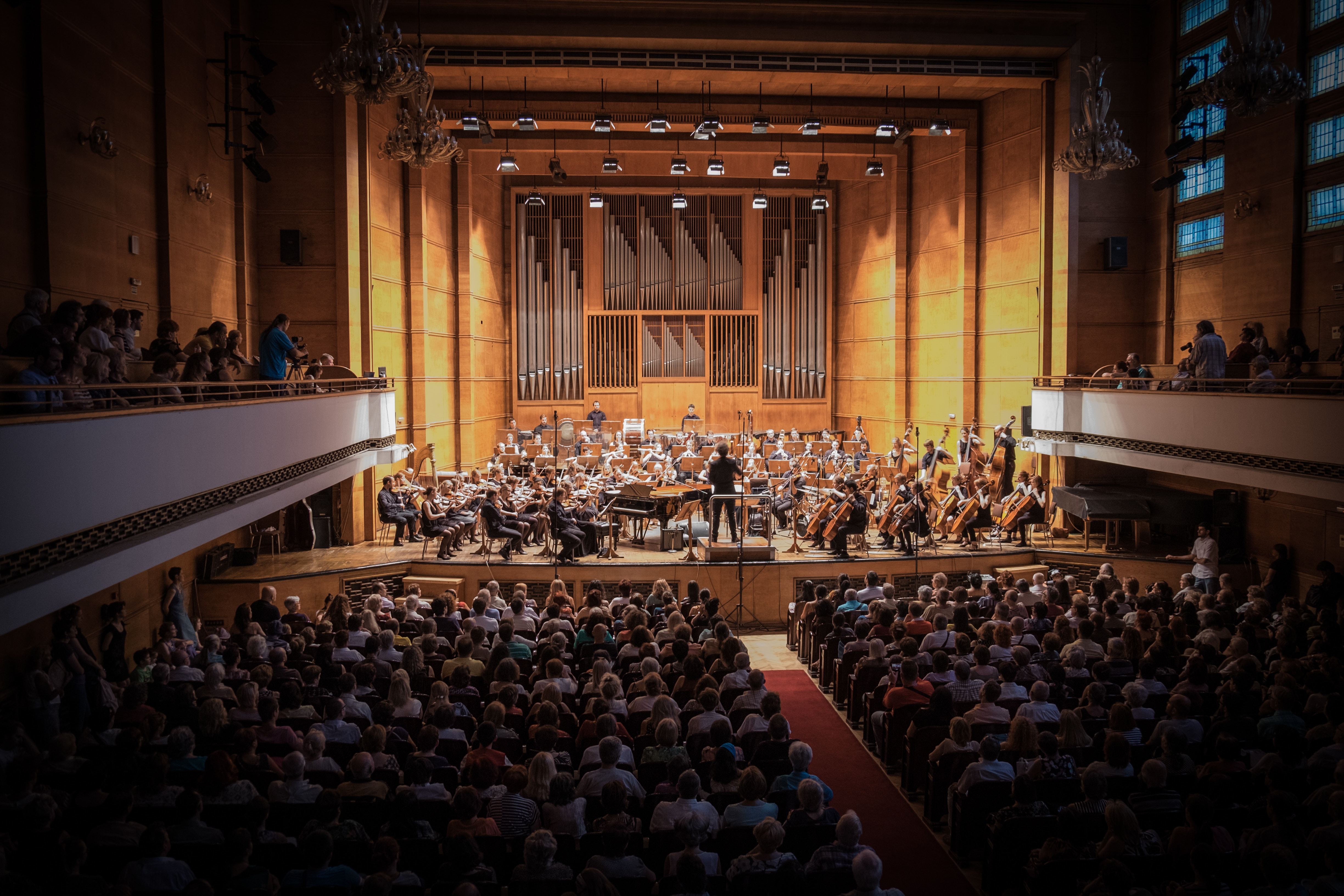 Want to bring a little classical music inyour home? It’s a great way to introduce your kids to music and a long historyof artistic excellence.

But first, I humbly suggest you rethink the terminology.

When you think of classical music, you’rereally thinking of concert music. Many of the pieces in the standard repertoirewas composed by European men between roughly 1650 and 1900. It’s also usuallyplayed in formal spaces like concert halls (hence the name).

While this music is often referred to as“classical music,” that phrase is about as helpful as “real imitation margarine.”Why?

When we name something a “classic,” we’re connectingit with the ideals and restraint of ancient Greek art, which immediately rulesout the great bulk of concert music. A lot of concert music, often as not, isfilled with sturm und drang or angst and exaltation. It’s not exactlyrestrained.

So, concert music it is.

Why should you introduce kids to concert music?

Concert music constitutes some of thegreatest music humans have ever cooked up. As a musical art form, concert musicinforms, edifies, educates, entertains, inspires, and packs a toy shop’s worthof joy. Introduced at the right time, it has the power to stay with childrenfor the rest of their lives.

One of the great truisms of modern parentingis that children are more likely to read if they are read to and if they seetheir parents reading.

The same is true with music. It’s incumbentupon parents to set an example by listening to concert music at home and in thecar (the latter might require some negotiation, but it is my experience that itCAN BE DONE).  Don’t be afraid of playingthe same piece over and over again; familiarity breeds affection.

(Having said all this, don’t play one type ofmusic to the exclusion of all others. The distinctions we have created between “concert music” and “rock ‘n’roll”, and “jazz” and so forth are meaningless to children.  They tend to just like music – all music -which is how it should be.)

It’s a fact of existence that kids love noiseand parents detest it. Yet, I recommend that you invest in some decent percussiontoys and encourage your kids to “play along” with recordings and videos. Betterstill, do it with them.

Picking up a drumstick will make you anactive, not passive, participant in the musical process. It’s also a lot morefun than you might think.

Worried about “insulting” Bach or Mozart orBeethoven with your talents? Friends, they’re long dead and beyond insult. Besides,is playing along with a recording any more insulting than the disco arrangementof Beethoven’s Fifth Symphony that was featured in Saturday Night Fever?

I rest my case.

There are dozens of kid-friendly story thatmodel the role of concert music in modern life that are perfect for kids undersix. My three-year-old son and five-year-old daughter love them.

Tip #4: Go to local concerts together

Take your kids to experience music at localevents. Many cities and towns hold children’s concerts or musical events gearedfor families.

Outdoor festival concerts are even better, since they allow kids to run around and move to the music. Try to listen to the pieces on the program beforehand. Music literacy is very similar to written literacy.

A little bit of preparation, even a tiny amount, can pay off big time in terms of intensifying the experience for your kids.

Bringing a piano into your home will increaseyour children’s exposure to music.

Put the piano in a place where the kids can bangaway without making the rest of the family crazy. When it’s time for lessons (Irecommend you start at age 6 or 7), the piano will be an old friend and not anew torture device.

Speaking of lessons—you’re never too old to start. Mom, Dad, Grandma, Grandpa or Whomever should think about taking lessons and practicing together with the kids for a bonding experience like no other.

Don’t know much about pianos? It’s an instrument made out of wood, medal, leather and felt.

It breathes. It is real. Its mechanism follows the will of the player’s body.

An electric keyboard is made out of plastic and circuitry. It is not real. It does not breathe. In my opinion, they have no place in your home.

Unsure where to start? Here's a starter playlist

Would you love to bring concert music intoyour home? Not sure where to start?

Here are some wonderful performances of greatworks to get you going: